Ninety five percent of smartphone owners use their devices on a daily basis: no other device gets close to this frequency of usage.

The smartphone has become intertwined into our daily lives to an extent that 39 per cent of owners worry about over-usage. We are about to enter the era of the usage dashboard: smartphone software will encourage users to consume in moderation and to carve out time away from our favourite devices.

At the same time, the capability and utility of smartphones is becoming ever greater. Processors are becoming ever more powerful, and may rival those found in laptops. Connectivity speeds continue to rise, as does mobile data usage. Cameras, one of the most used functions on phones, are becoming ever more capable. And the combination of better processors, sensors, connectivity and storage will all unlock brand new applications over the coming years.

5G is on the horizon. In a year’s time, the first 5G networks will launch in the UK. Roll-out will initially be limited, as will the range of 5G handsets. There will undoubtedly be questions asked about the need for the Gigabit per second speeds that 5G can offer. The answers are likely to arrive over the course of the next few years as application developers find ways of exploiting the higher speeds and capacity that 5G promises.

Smartphone’s rising complexity has been accompanied by higher prices, and in the UK, lower unit sales. The used smartphone market, which has migrated from personal ads to the high street, offers additional options to those in the market for a better device. The price of mainstream smartphones now spans £100 to over £1,000: something for everyone.

Smartphone adoption is nearing a plateau: the rise in adoption this year was a mere two percentage points. But the usage of smartphone continues to evolve, and should continue to do so for years to come. Smartphone ownership is near universal; usage patterns vary considerably.

We hope you enjoy this year’s Mobile Consumer Survey. 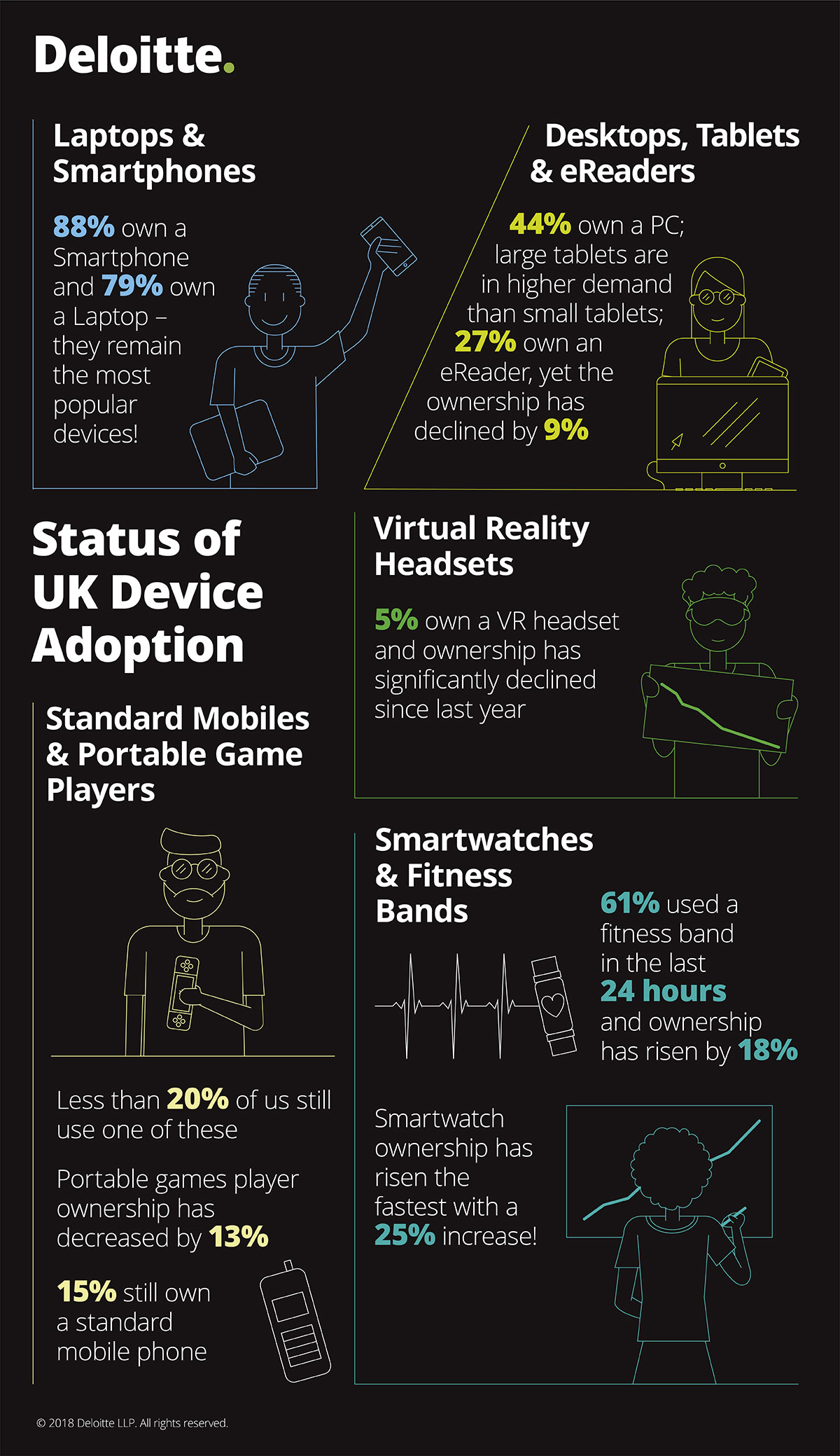